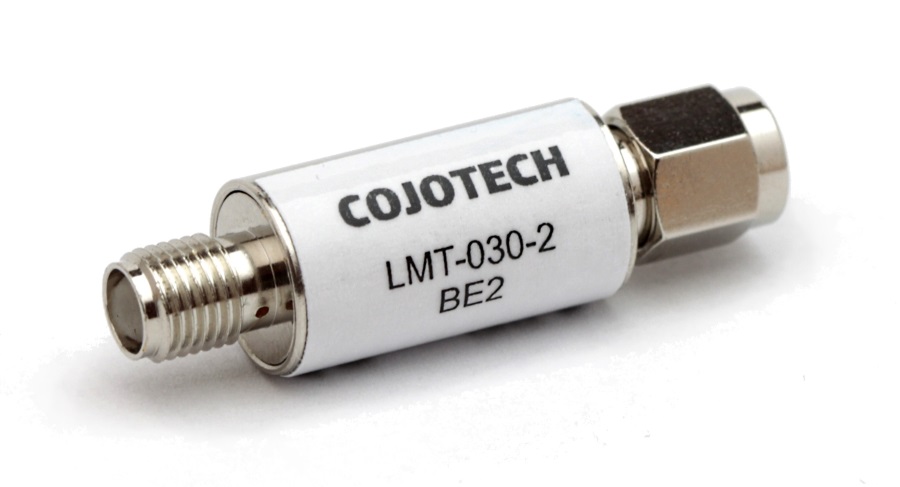 The LMT-030-2 is a 0.1 MHz to 3000 MHz limiter, designed specifically for use with sensitive SDR receivers, like the ADALM-Pluto and LimeSDR, which are often used for RF experimentation, but are easily damaged.

SDR receivers, like the ADALM-Pluto or LimeSDR, are usually sacrificing the ability to withstand even slightly larger signal powers, in favor of a low noise floor. Maximum input powers of about 2.5 and 3 dBm are very common, which puts them at risk during most types of lab experiments or even when listening with an external LNA (most of which can output 10, 15 or even 20 dBm).

Given that in lab settings the safety of the front end is more important than the noise floor, the maximum input power can be brought to more manageable levels with the help of a specially designed limiter, without incurring the same penalty in insertion loss as a simple attenuator would. Similarly, when used between an LNA and the receiver, it lets more of the signal in than an attenuator offering the same protection.


Please check the datasheet for limiting information at various input powers and plan your setup accordingly.